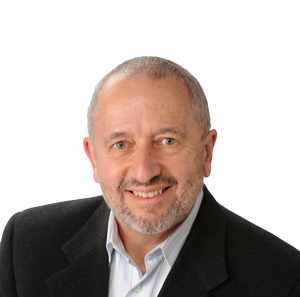 An important tool in an advocate’s tool chest is the ability to effectively negotiate. Most cases are settled before a trial takes place and successful settlement requires skillful negotiating.

At the centre of the justice system in Ontario is the trial, considered the most effective means to resolve a legal dispute in accordance with the law and established legal principles. Most trial lawyers believe in the trial system but recognize that, in our modern system of exhaustive pre-trial discovery and document disclosure, the cost of taking a case from beginning through to a trial is great and fraught with risk.

In this difficult and challenging environment mediation has increasingly become a viable alternative to the trial process. Mediation involves the parties, usually and preferably represented by lawyers, meeting in an “off the record” setting with a mediator to attempt to find a satisfactory solution to the issues at hand. The mediator is a facilitator who encourages each of the parties to recognize the merit of the other side’s position as well as any weaknesses in his or her own position, recognize the cost and risk of litigation and to find creative ways to bridge the gap between the parties’ positions resulting in a negotiated settlement.

The benefits of mediation include:

A skilled lawyer knows that engaging in mediation has its own challenges and requires well-developed skills in the arts of persuasion and negotiation as well as thorough preparation.

A skilled lawyer also knows that it is not every case that can or should be mediated. Parties to litigation often are of unequal bargaining power; that is particularly true in family law matters where it is common that one of the spouses has been accustomed to exercising dominion and control during the relationship and the other party has been accustomed to being more passive. In family law matters cases in which there has been a history of domestic violence are generally considered unsuited to mediation.

Mediation can be appropriate where:

The decision to mediate should be made with a lawyer who can advise you whether mediation is appropriate and, importantly, at what stage of the legal process it should be considered as an option. The most effective mediation is entered into voluntarily by both parties although mediation is mandatory for all non-family law civil cases.

Often, particularly in family law matters, one party is anxious to simply get the case over with and will want to take any shortcut available to bring an end to the anxiety and uncertainty that unfortunately accompanies such a painful, personal legal dispute. Such a person may be vulnerable to being taken advantage of in a mediation setting by an opposing party who may be far more focused simply on getting the best possible deal he or she can get without regard for the fairness of the deal or the welfare of the other party. In these cases mediation should be approached with caution or avoided.

It is possible for parties to engage in mediation without the benefit of independent legal advice but cases in which doing so might be appropriate are few and require that the parties have an equal or near equal bargaining power and a sincere desire to deal with each other fairly and respectfully. It is important to understand that a knowledgeable mediator will remain objective and independent and will not provide legal or other advice to either party. At minimum, parties who wish to represent themselves at mediation should obtain preliminary legal advice so that they will have an understanding of what their legal rights and obligations are.

Mediation is a valuable tool but it is not the “be all and end all”. It should not be seen as a replacement for the trial system as the centre piece of the justice system. As important as it may be to resolve legal disputes it is equally important that resolutions are fair and reasonable and are not achieved simply by one party capitulating and walking away from a meritorious position just to “get it done” or to save money. Those are the sorts of settlements that one comes to regret.

Samuel A. Mossman has a wide range of experience in many areas of civil litigation and is available to serve as a mediator or arbitrator for:

Mr. Mossman has undertaken comprehensive training in mediation and has engaged in hundreds of mediations, both as a mediator and as counsel for a party to the mediation process.

If you would like Mr. Mossman to mediate a case that you are involved in, whether you are presently represented by a lawyer or not, call his office to arrange an appointment to discuss your situation. Please note however that Mr. Mossman will not act as a mediator for unrepresented parties unless he is satisfied that it is appropriate for him to do so.